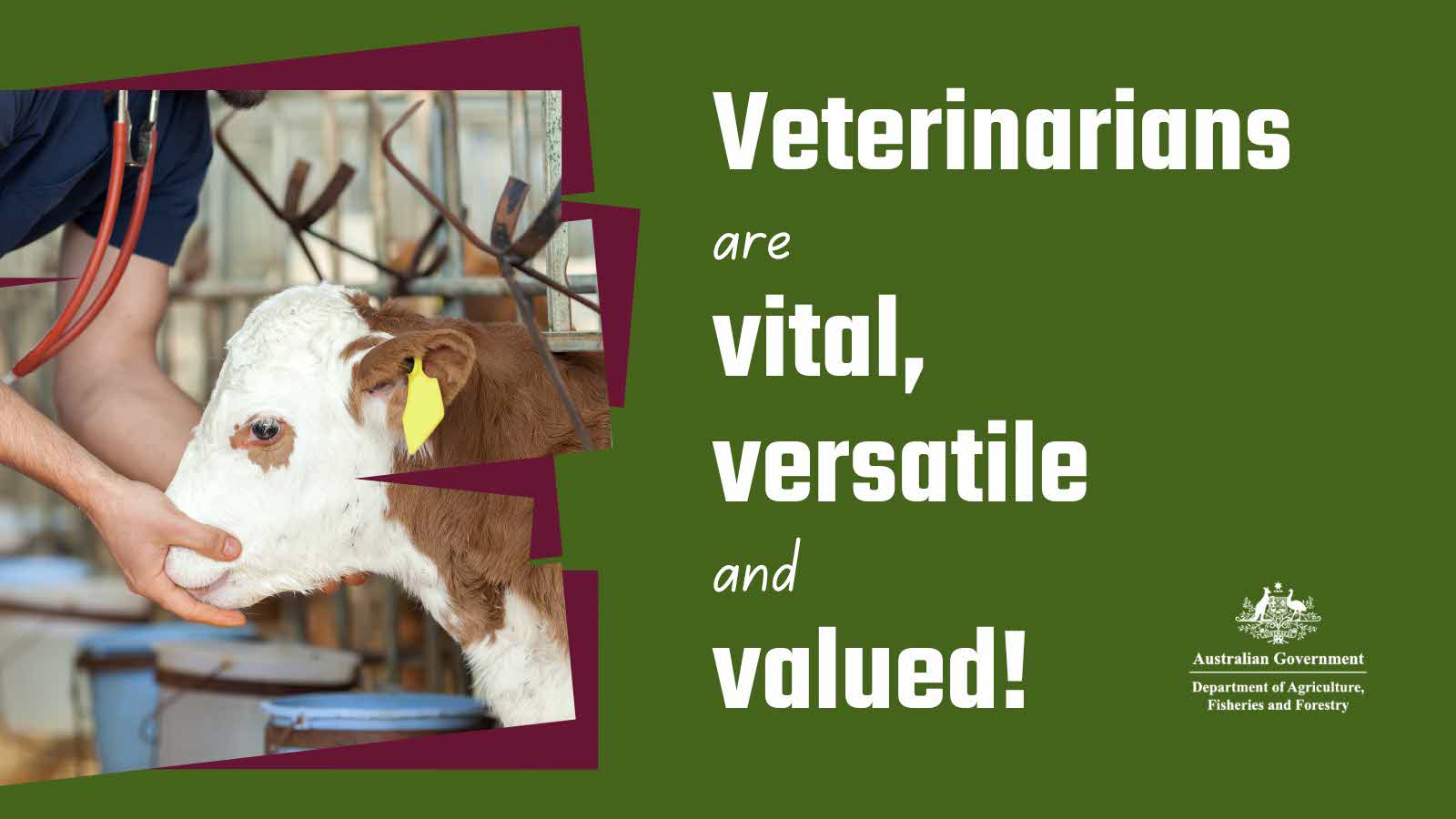 The COVID-19 pandemic has demonstrated the increasing threat of emerging diseases. The mobility of the global population contributes to the risk of diseases spreading, together with increased interaction between humans, animals and the environment as a result of deforestation, urbanisation and climate change.

With the threat of multiple emergency animal diseases lingering at Australia’s doorstep, including foot-and-mouth disease (FMD), lumpy skin disease (LSD) and African swine fever (ASF), the need to be prepared for disease outbreaks has never been more apparent, and we all as veterinarians have a vital role to play.

Outbreaks of emergency animal diseases (EAD) have the potential to cause significant socio-economic impacts, along with serious consequences for human, animal and environmental health. An outbreak of FMD in Australia would have devastating impacts to the livestock and meat processing sectors, resulting in the loss of production, trade and tourism, with the direct economic impact over ten years estimated to be $80 billion, likely more.

With FMD being a significant threat to Australia’s animal health and trade, and as new diseases continue to emerge, it is important that veterinarians remain vigilant and prepared, to investigate any outbreaks of unusual animal diseases in the field.

How private veterinarians can help

Private veterinarians form a crucial part of Australia’s defences against EAD incursions, having direct contact with our domestic animal population. We rely on private veterinarians to identify, investigate and report any signs of unusual diseases. Any exclusion tests conducted during an EAD investigation not only increases the likelihood of early detection of an EAD event, but all negative laboratory test results help to support Australia’s claims of freedom from certain diseases, facilitating international market access. In addition, the established and trust-based relationships veterinarians have with their clients is a powerful tool when conducting disease response activities.

Early diagnosis of any EAD case is critical to the success of control, as seen during the 2007 outbreak of Equine Influenza (EI) in New South Wales and Queensland. Upon immediate suspicion of EI in a group of sick horses at Centennial Park in Sydney, a veterinarian’s notification to the NSW Department of Primary Industries was closely followed by an extensive response plan that included movement controls and vaccination programs.

Large numbers of veterinarians from the private sector were employed to assist with field operations. The disease was subsequently eradicated within six months, with the horse industry returning to normal operations soon after. Australia is one of the few countries to have successfully eradicated EI, highlighting the importance of private veterinarians in the early detection and response to EADs.

What to expect during an EAD investigation?

Timely detection and reporting of suspected EAD cases is vital in preventing the establishment and spread of disease. Veterinarians have legal and professional requirements to report any suspected EAD immediately from the affected property, to the Chief Veterinary Officer (CVO) in their state or territory by contacting the Emergency Animal Disease Watch Hotline on 1800 675 888. If you are unable to make a telephone call from the affected property, you should disinfect yourself and your vehicle as thoroughly as possible in the circumstances, and travel to the nearest site where you can make the call. Ensure you do not enter other premises with susceptible animals.

Government veterinarians monitor the hotline 24 hours a day, seven days a week, and will provide advice on the required next steps when an EAD is suspected on a property, which is likely to include not leaving the premises. Important information to provide during the initial telephone notification include the type, species and approximate number of animals affected; a description of clinical signs and gross lesions observed; the suspected disease; details of the property; and any recent movement of susceptible animals onto or off the property.

If instructed to remain on the affected property, the veterinarian should begin implementing biosecurity measures to prevent further spread of the disease. A comprehensive history should be gathered from the animal owner. The government veterinarian will advise if samples need to be collected, and what type.

If an EAD is confirmed, the CVO of the affected state or territory will develop and implement an Emergency Animal Disease Response Plan (EADRP), which describes how they will respond to the EAD event. The EADRP is guided by the Australian Veterinary Emergency Plan (AUSVETPLAN), which is Australia’s nationally agreed approach to responding to EAD incidents. The AUSVETPLAN contains disease-specific documents, operational manuals, guidance documents and other resources that assist in implementing an effective EAD response. It also sets out the various roles and responsibilities for agencies and organisations involved.

Private veterinarians may be engaged by the government to undertake a range of roles during the response to an EAD outbreak. Initial contact may occur through channels such as the AVA, the Commonwealth government, local state or territory contacts, or an employment agency. Most commonly, private veterinarians are contracted by the affected state or territory Department of Agriculture or Primary Industries to perform field operations, such as conducting surveillance testing or administering vaccinations. 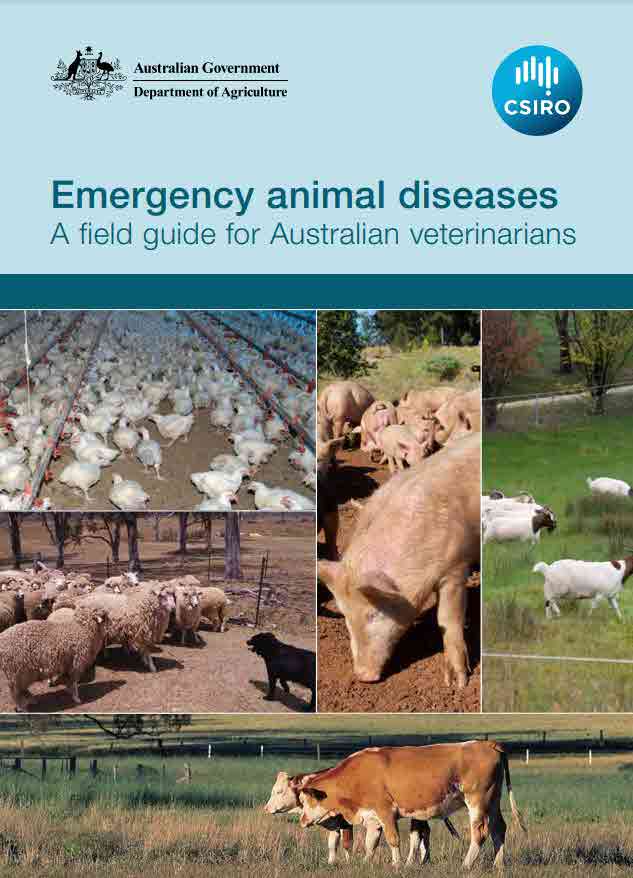 I would like to thank all private veterinarians for their continued support and the key role you play in safeguarding Australia’s animal and human health, trade and market access. With veterinarians being trusted animal health advocates, I also thank you for promoting and sharing information on good biosecurity practices and animal diseases of concern.

Significant EAD responses often require large numbers of personnel, and private veterinarians are well positioned to provide valuable skills and expertise. A reminder to remain vigilant, use the available resources and ensure immediate notification of any unusual animal disease events.